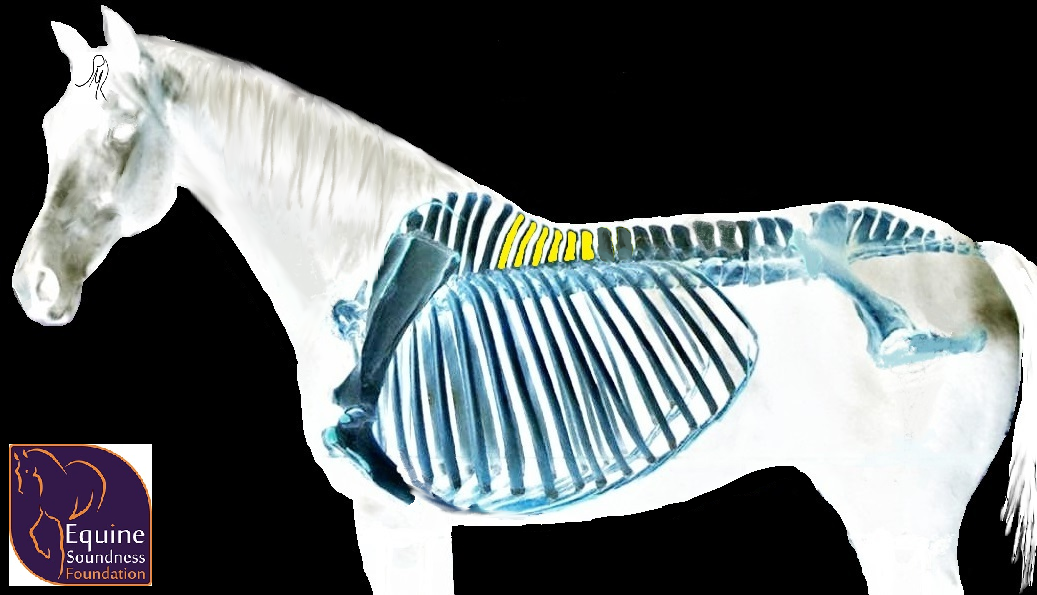 Figure 1, Image adapted from Ashdown, Stanley, Color Atlas of Veterinary Anatomy, The Horse (Gower Medical Publishing, 1987). 9th through 14th thoracic vertebrae are highlighted. It has been established that rider asymmetry and saddle slip are associated with lameness 1. On the other hand, research shows that there is axial spinal rotation associated with lateral bending, particularly between approximately the 9th and 14th thoracic vertebrae 2. (See Figure 1).

This counter-rotation is normal and quite easy to observe, for example, when a horse bends her neck to scratch her side. However, in motion, and under the load of a rider, it is possible that this would create unhealthy repetition stress. 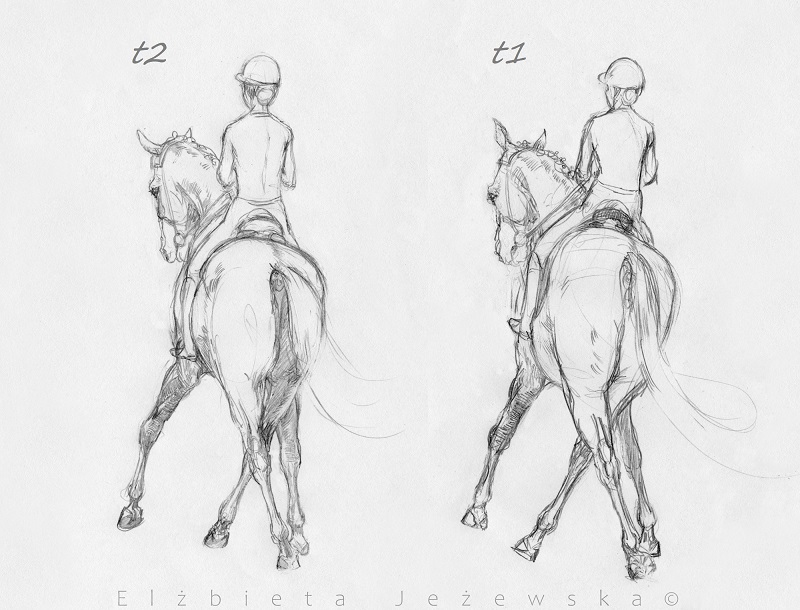 Figure 2, Art by Elżbieta Jeżewska inspired by video of a horse and rider executing half pass to the left in trot.Figure 2 shows the same horse and rider in half pass left. At one instant in time, t1, the spine is in counter-rotation: the withers tip slightly right despite left bend. A few seconds later, t2, counter-rotation diminishes, the horse’s suspension had increased, and the movement became more elastic and harmonious.

A couple of anatomical landmarks in the view from behind are the saddle, and the rider’s back. See Figure 3. Notice that during counter-rotation, the rider is maintaining level shoulders while decreasing the distance between her left shoulder and her left hip, therefore there is a curve in her spine; and the saddle appears displaced to the right. In only a few strides, rider and saddle are straight. 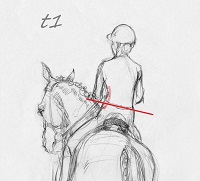 Figure 3, Close-up view of rider compensation for horse's spinal rotation.Of note is that the counter-rotation of the hores's thoracic spine, and rider asymmetry diminish even with pelvic rotation in the opposite direction. The counter-clockwise rotation during left bend is caused by muscle action and therefore referred to as active rotation, whereas the clockwise thoracic spine rotation induced by the pelvic rotation is passive rotation.3 At t2, passive rotation is minimized and ground cover is not sacrificed - it is achieved through greater suspension phase of the stride. At t1, ground cover is achieved through less suspension but more reach of the limbs and counter- rotation of the spine.

This illustrates a case where rider asymmetry is caused by the horse’s back coordination; evident because it disappeared in a few strides. While there is no scientific evidence indicating that counter-rotation is harmful, the high rates of lameness and popular use of counter-rotation suggest that it should be examined.

What happens when the rider is not able to guide the horse to improved spinal coordination?

Is counter-rotation a potential source of unhealthy kinematics and damaging repetition stress in horses and riders?

If the rider did not compensate in her postural state while she was helping the horse to improve the coordination, would the saddle have actually slipped?

Is back dysfunction the cause of limb lameness?

These are some of the questions Equine Soundness Foundation is investigating.